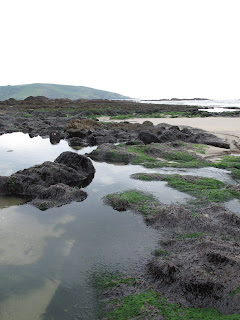 I went on fishing trip to Plymouth this weekend, opting for two overnight coach journeys by way of transport. It was a foolish decision. On the way out, the driver had the air-con blasted up high and I was too miserably cold to sleep and on the way back we had another extremist with ridiculous heating that left us steaming in our seats. Once again sleep was elusive, and my brief repose on the fishing trip despite the rain as well as the 20 hour nap on returning home is testament to that. Nevertheless, we spent a lovely day frolicking the rock pools at Wembury beach, chowing down pasties, devonshire cream teas and clotted cream ice-creams, fishing, as well as other teenagerly pursuits like attempting pool, playing arcade games and heading to the cinema. I also had the most amazing crab and mayo sandwich- properly crabby!!! 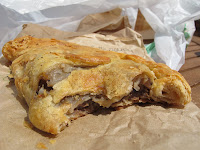 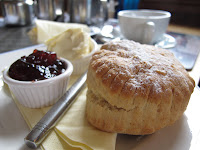 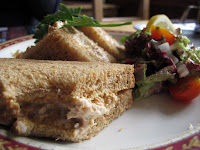 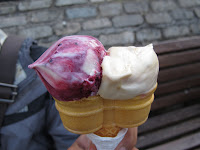 Our 4 hour fishing foray is the highlight of the day. Between the three of us (my bf, a most lovely friend, and myself), we hooked around 18 fish, mostly mackerel and whiting, and the sole herring of the boat's entire catch. We were also incredibly blessed with the weather, it being mostly sunny except for the shower as we headed home. The sea was somewhat choppy due to the gusty winds and I bitterly regretted the half pasty I gobbled even as we set bouncing off upon the waves. There was a brief moment of weakness when I draped myself over the sides of the boat fully expecting to regurgitate that little snack for the benefit of the fish below, but that soon passed and I was back to laboriously reeling in the tackle. Unfortunately the same can't be said about my bf and a wonderful little boy who retched into the bucket containing his own fishy catches. 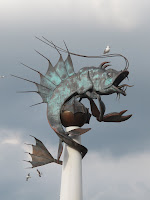 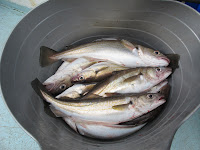 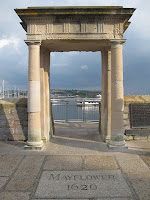 On a separate note, the dearth of foody posts isn't due to a lack of kitchen puntering. In the worries of thumbing together sugarpaste figures and excitement of this weekend's fishing and last weekend's hike, I neglected to mention a significant food endeavour that I undertook. This commission was to create several Starcraft 2 themed pieces for the GOM TV photo competition. Not only that, the talented fellow heading this little project also filmed a short clip explaining the thoughts behind it all- his ambitious bid to brief tv-dom and mine for propaganda. More to be posted on this soon.
Posted by mabel at 17:55