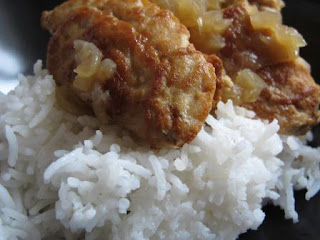 Whew. I have been (still am) ludicrously busy these past weeks trying to get some results for this coming Sunday when I am to wing over to Jeddah, Saudi Arabia, where the King Abdullah University of Science and Technology is situated. I shall be donning an abaya for the transit between the airport and the campus, but things are meant to be more relaxed and 'westernized' on campus. It shall be an interesting experience certainly. Much as I ought to be ecstatic over their lovely pristine (and woefully unused) equipment, I have to admit that I am slightly more interested in the food. It is unlikely that I will have the time to taste proper Saudi fare and nigh on impossible for me to venture about their markets (time constraints as well as it being a big no no culturally...unless I have a male escort), but I am still looking forward to experiencing new things. Hopefully, I'll be able snap some photos, given permission of course. 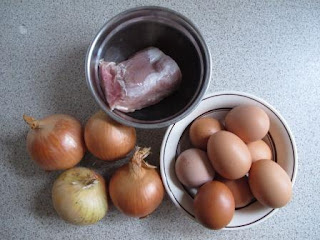 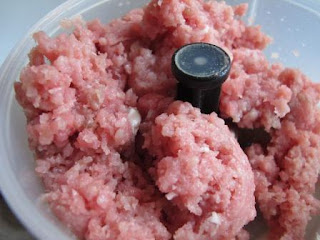 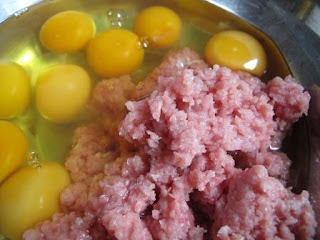 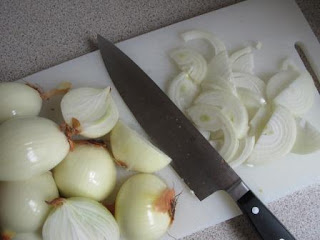 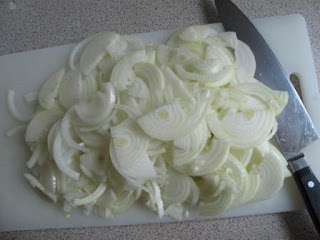 But, in the prelude to all this, my samples are being rather uncooperative and I have developed a severe addiction to the computer game 'don't starve'. Of the three samples I was hedging my hopes on, two exploded themselves, laying to waste 4 precious days of furnace time and the remaining one was perfect! But, the most foolish of mistakes: I made it too small. I fairly ripped my hair out when this revelation dawned. So now's the race to prepare (from scratch may I add) a larger version but everything seems conniving against . 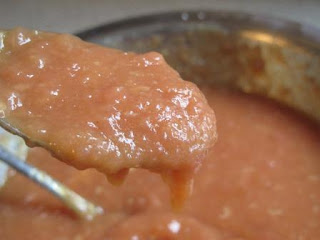 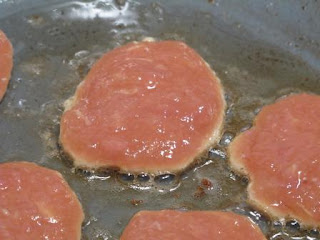 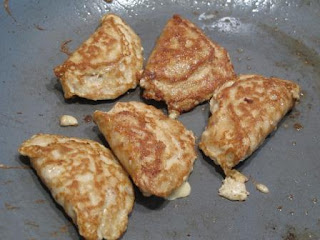 In the mean while, Chinese New Year draws nigh and tonight will see its last celebration in the form of a pot luck with my Tae Kwon Do family (club). My contribution will be these porky omelets (a sure fire for Chinese: we love pork and we love egg). I am not sure if this is a typical Cantonese dish as I've certainly never had it in any other home or restaurant. However, it is a specialty of my dad's and a firm household favorite. I'd definitely recommend trying it. 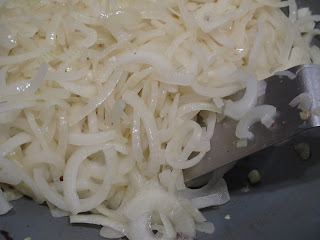 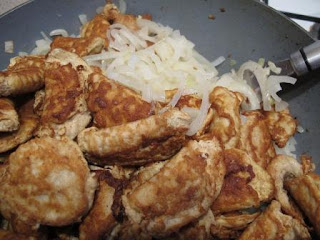 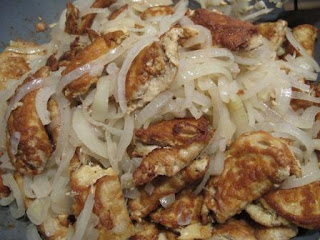 As with all the savory cooking I know, and in the face of the precision I am accustomed to for patisseries, this trundles by the 'aga aga' mentality. If you want to firm up the omelets, reduce the egg. Also adjust how fine your mince is to your liking, which incidentally also affects the egg ratio you might want to use. I have used a 1:1 by weight of egg to pork as I like them quite meaty. However my dad uses a higher egg proportion. I have also used the tenderloin as I rather cut down on the oil (there is enough of that in the frying). But feel free to use a fattier cut or just to throw in some rinds. The fat will render out of the omelet and make it more tender. I have also used lots of onions to make the dish nice and sweet by simmering to oblivion. Again, if you prefer your onions with a bit more bite (in taste and texture), don't let it boil for too long. Grinding the mince is probably the hardest part of the recipe. If it is too chunky, it will be felt as coarse little nuggets in the omelet; too fine and you lose the porkiness and bite and it goes a little too smooth and spongey. It all depends on what you want. Feel free to adjust the quantities of the condiments you use too. This tastes better after wallowing in its own sauce for a day. 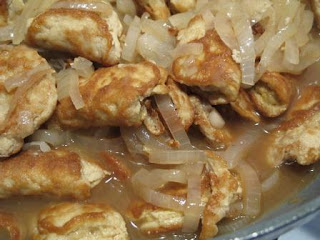 I have included what is practically a step by step photo-guide of the entire cooking process, which can be divided into the following tasks: making porky batter and chopping onions; frying porky batter; frying onions and simmering porky omelettes with onions. As you can see, I made quite a lot this time round. Pot luck pot luck!!!

Dinner hasn't happened yet (rawr!!! can't wait) but here are some toothsome photos of my reunion dinner some two weeks ago. My Lord has really blessed me by making these wonderful people a part of my life. 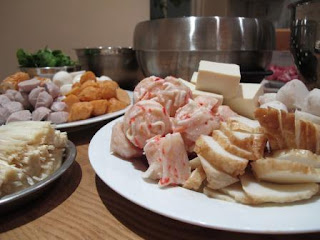 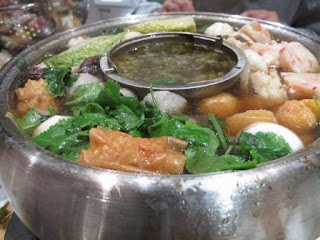 NOTICE:
This blog will be moving to a new, more appropriately named, domain soon: www.feeding-times.com.
Updates soon to come!