Half way through Chinese New Year! 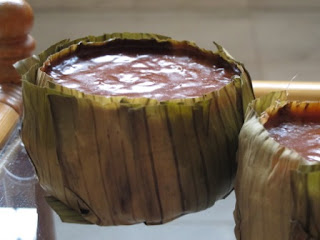 Nian gao (or ti kuih, or leen gao) is the ubiquitous New Year food. It is a dense cake of glutinous rice flour and sugar, traditionally steamed for a day over a low heat until the sugar caramelizes and turns a rich dark brown then dried in the sun until completely solid. It may be hacked into slices, steamed and dipped in salted fresh shredded coconut then gobbled. It may also be dipped in egg and fried, or sandwiched between a slice of yam and sweet potato, covered in batter and fried. Though, be careful with your choice of yam and sweet potato. More on yam selection to be covered in a later post on yam cake, but pick one that is starchy, not crunchy. Also, the sweet potato needs to be of a fairly firm, again starchy, variety. The commonly found orange fleshed sweet potatoes easily found here in the UK simply won't do as they are too soft and wet. In fact, to fry up my nian gao, my dad actually brought the yellow sweet potato with him when he flew over from Malaysia last Christmas. The photos I have put up are of him lovingly frying up a batch of my homemade nian gao for his eager kids. =) 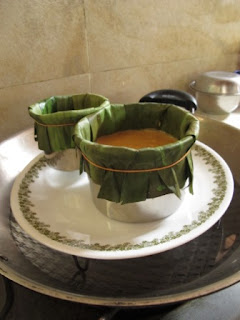 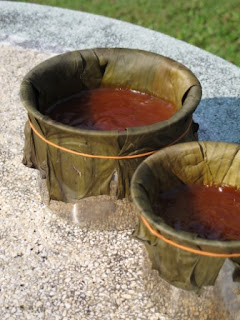 Traditionally, steaming up a batch of nian gao can take from 8hr to day. Rather than waiting the age it requires for sugar to caramelize under these relatively low heating conditions, you can just caramelize the sugar first, as I have done, and shorten the steaming time. Other typical modifications includes: using a sugar mix of white and brown sugar for the taste, which I have decided not to do; or the (probably non traditional) addition of a tablespoon of honey for stickiness. 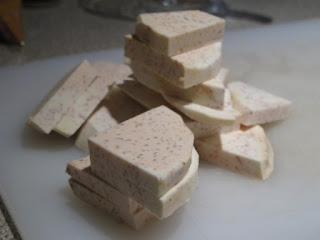 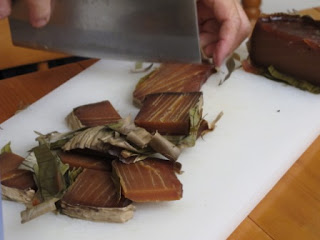 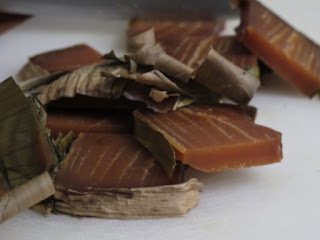 The pictures littered about this post are different nian gao batches. I made the nian gao wrapped in banana leaves back in Malaysia using the standard ratio of 1:1:1 by weight of glutinous rice, sugar and water (this is the Malaysian Cantonese style nian gao, other versions includes interesting things like coconut milk and Chinese dates). You can see the change in texture as the raw batter is first steamed then dried. However, I found the nian gao not sweet nor sticky enough. Also, I'm not sure how the drying pans out in the UK for when my parents brought this nian gao over during Christmas, after a few days sitting in London's drier air (heaters were also turned up then), the poor thing cracked. 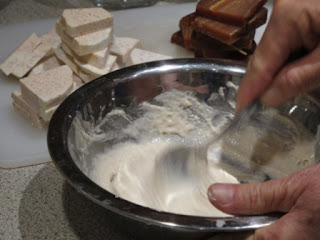 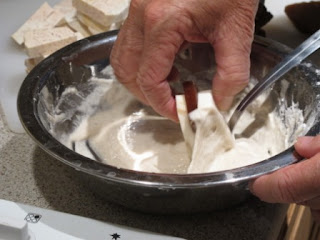 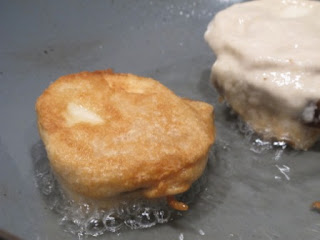 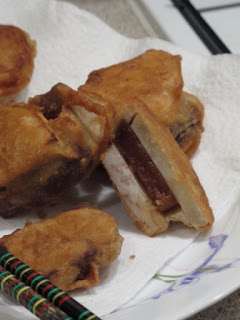 The photos following this paragraph are a fraction of my nian gao attempts here in London. No matter how much I upped the sugar content, they never turned out sweet enough. Browning sugar takes off a lot of its sweetness. In the end I had to tip in quite a lot of sugar (uncaramelized) to make it sweet enough. 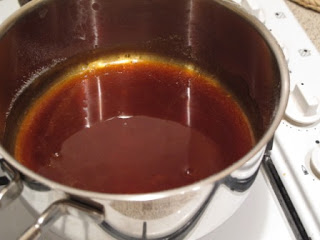 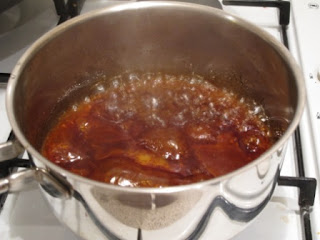 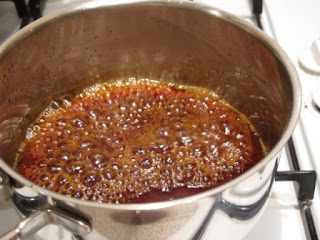 On a slightly separate topic, my dad tells of the most fascinating stories (to me at least) of his childhood when he used to have the grind the rice flour to help my grandma as she made these and many other Malaysian kuihs and hawker snacks to peddle. And what amazing eats they were too!!! But these skills and recipes aren't being handed down and, truly, it upsets me when I think of all that knowledge and experience passing on. But it is a common tale. In Malaysia, hardly will you find a person manning a kopitiam stall under 40. I'm not talking about those biggish places that source all their ingredients from a king supplier. I'm referring to the small little steamy stalls that needs to make their own cheong fun and siew yok to serve in order to make a profit. Have a chat with them and you will find that this is a secret family recipe they are dishing out, tweaked over the years to perfection (in case you are unfamiliar, these stalls often cooks only one or two dishes, but so so well). A loiter longer and you find out that this one recipe has satisfied the needs of the family and that the children are doing well in college. Will your son take over, you may ask, and you will receive an ever so slightly 'as if' laugh. No- the children have bigger plans and will do better things. But what about the recipe? Oh well... and a noncommittal shrug. Ahhhhhhhhhhhhhhhhhhhhhhhhhhh!!!! 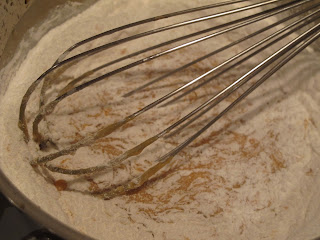 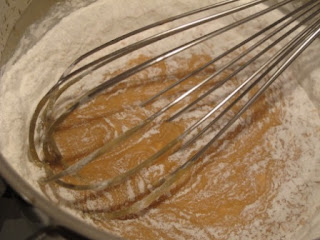 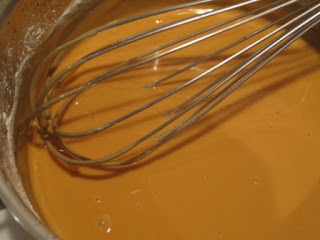 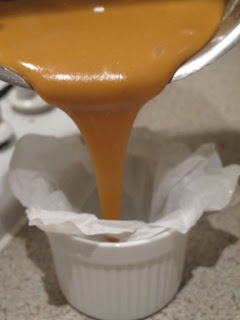 It doesn't help that these vendors don't have set 'recipes' either, but go by the 'aga-aga' methodology. Basically, that means guesstimation by look, taste, smell and texture. No matter what, the food must be consistent (true then and now). However the ingredients were not, and they had to learn to rely on their own senses to ensure uniformity. So, even if you manage to coax a recipe out of a vendor, it will hardly been in a replicable form. You can't quantify senses and the years of experience that went with it. Meh. 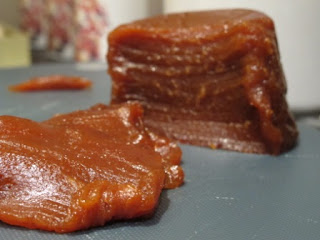 NOTICE:
This blog will be moving to a new, more appropriately named, domain soon: www.feeding-times.com.
Updates soon to come!
Posted by mabel at 04:29